Home
Congress calls on the « Cities for... 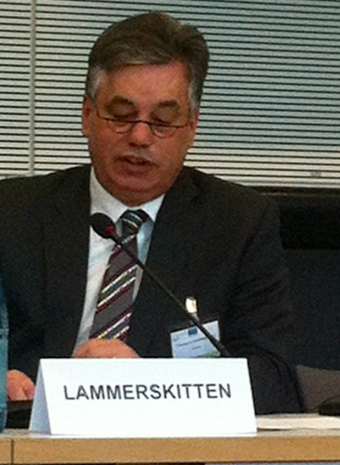 “Children’s well-being is at the heart of the Council of Europe’s programme to build a Europe for and with children which seeks to ensure respect for children’s rights across our continent,” stated Clemens Lammerskitten, addressing the 7th Annual Conference of the European Network “Cities for Children” on behalf of the Congress President, on 13 May. He underlined, in particular, the Congress’s commitment to the Council of Europe’s ONE in FIVE Campaign to raise local and regional authorities’ awareness of the role they can play in combating child sexual exploitation and abuse. “We have just launched a Pact of Towns and Regions to Stop Sexual Violence against Children which contains examples of policies, activities, initiatives and structures which we feel local and regional authorities can usefully implement to achieve the aims of the campaign,” he explained, “We rely on networks like your own to spread the word about the Pact and to lobby mayors, councillors, and members of regional parliaments to sign up for it.”