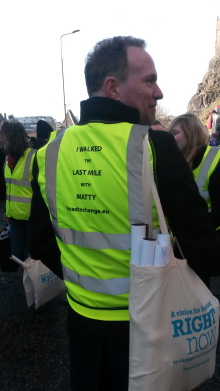 On Saturday 7 February 2015, Johan van den Hout, the Congress' Thematic Spokesperson on Children, joined Matty McVarish on the last leg of his 10,000 mile "Road to Change" walk to raise awareness, in 29 European states, of sexual violence against children.  Matty met with political leaders in all 28 EU member states and in Switzerland.

Matty was walking to "Stop the Silence", his goal being to end child sexual abuse by breaking the silence that shrouds it.  As a survivor of abuse, Matty embarked on the Road to Change, to bring about change, in particular to end the statute of limitations in some countries.

After the march, Johan and Matty discussed how they could cooperate to raise the awareness of municipalities and the Scottish Parliament of the issue. 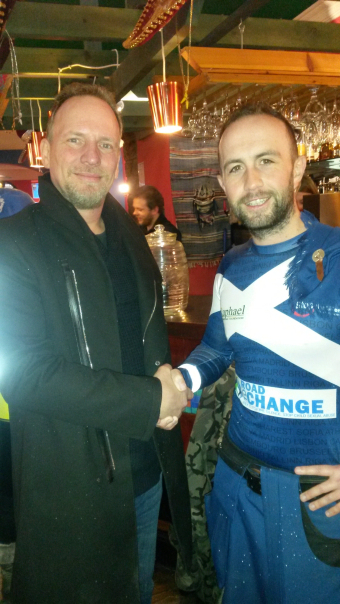