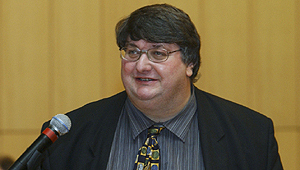 ''Local authorities and governments must implement a real concerted policy to protect street children from becoming victims of exploitation and violence. This is the appeal which the Congress launched, by adopting, in 2008, a recommendation on the protection of street children. Unfortunately, the situation remains unchanged, and therefore, more than ever, we must implement coherent policies between national and local levels to find appropriate and long-lasting solutions'', underlined Keith Whitmore, President of the Congress on 12 april 2012. ''In the broader context of the Council of Europe programme “A Europe for and with children”, the Congress has designed strategies to involve cities and regions in Europe, in particular the creation of networks, the implementation of qualitative parameters and the follow-up of prevention policies. Last but not least, the Congress is contributing to the Council of Europe’s “1 in 5” campaign, by bringing a local and regional dimension to the initiative, which aims to protect children from sexual abuse, to which street children, because of their situation, are particularly exposed'', Keith Whitmore concluded.